At home I'm using a desktop computer. It has ASUS motherboard with Atheros Bluetooth chip. I have all the drivers installed but I'm not using Bluetooth at all.

Some time ago I started getting these notifications every single time I started Windows:

btvstack.exe is requesting access to Skype. Only allow access to programs downloaded from a trusted source as they will be able to use information such as your Skype contacts and messages.

No matter what option I selected, it would ask me again on next reboot. Bloody hell!

If you google for the solution, you'll notice that:

Unfortunately, first solution was not working for me. And second solution is not feasible because there is no such option in Windows 7 Control Panel.

Since I don't need Bluetooth but I don't like to have broken drivers, I decided to disable just the offending DLL. From the elevated command-prompt I ran

and the problem has disappeared. Great success! smile

Hope this helps someone else too.

After making quite a few unpackers and other RE-related tools, publishing sources for them and having to maintain and bugfix them, all I can say is: "Read this. Remember this. Worship this."

All code is born ugly.

It starts disorganized and inconsistent, with overlaps and redundancies and gaps.

We begin working it into an imperfect solution for an often poorly defined problem.

As we start building up like clay, a solution starts taking form. The feedback guides us in moving, removing and adding material. It allows us to add and remove details. We learn from our mistakes.

Thank you, Dennis, you made my day so much better.

Last Friday authors of Dotfuscator made quite an interesting blogpost, claiming that reverse engineering applications in USA is becoming a legal means for acquiring intellectual property, thanks to the Defend Trade Secrets Act of 2016.

I am not a lawyer, and such statements coming from authors of obfuscator should be taken with a grain of salt - but it's an interesting read nevertheless. What's your take on that? 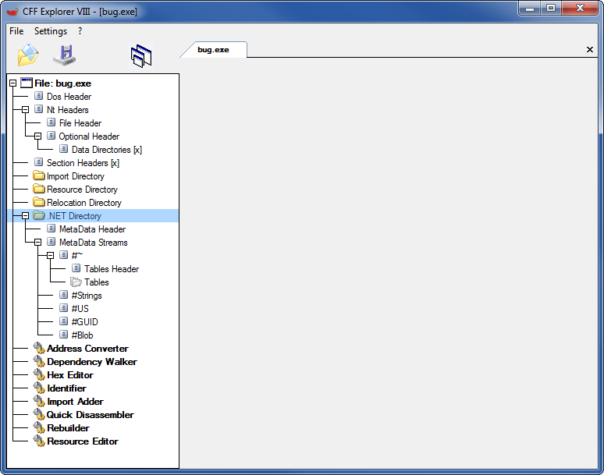